Is the beard dead? Reasons why it may be time to say goodbye to the beard

We’ve come to know the beard through its many stages. Through the perpetuation by A-list celebs, to the rise of the lumbersexual (good riddance), the beard has quickly climbed the rungs of popular style over the last few years to the point where it seems we can’t leave the house without being inundated by beards of all textures and styles.

But the moment that many have speculated about has finally arrived. As a culture constantly flooded by images and trends, we have finally reached peak beard. The beard is officially dead.

If you’re twisting your beard right now as you read these words, keep reading. You may just decide to let go of your straggling face pelt for good.

Here’s why it’s time to shave that beard and return to smooth:

Don’t be a sheep:

Unless you come from a long line of lumberjacks, you jumped on the Beard Train because everyone else did. Think back to when your beard was a mere thought. Where were you? In a coffee shop enjoying the seasonal nitro cold brew? On your couch scrolling through the Explore page on Instagram? Or maybe you were sipping a craft cocktail at one of those bars where the bartenders wear welding aprons for no apparent reason and make a big show of curling a lemon peel? What we’re trying to say is that the beard is a trend just like frosted tips and velour sweat suits. Just because it exists, doesn’t mean you should partake. You are your own person capable of honing an individual style. Break the mold and do your face a favor.

Keeping a beard is actually harder than keeping your face clean-shaven. In fact, the men’s personal care industry, which includes beard products, has grown by 4% in the last few years and is projected to hit $6.5 billion in sales by 2018. There are oils, creams, specially-formulated cleansers, waxes and balms to think about, plus that extra step of washing a beard that may be longer than the actual hair on your head in some cases. It takes work to make a beard look good. A lot more work than keeping that handsome mug stubble-free.

Five words. Negative frequency-dependent sexual selection. This is fancy terminology for what happens when everyone and their moms have beards, so much so that clean-shaven men start looking more attractive just on the fact that there’s less of them. The University of New South Wales conducted a study where participants were shown 36 images of men’s faces. The first 24 pictures were used to condition the subjects by showing them exclusively bearded men, or non-bearded men, or a mixture of the two. They were then shown 12 final images of clean shaven men or bearded men (depending on what they were shown initially) and asked to rank their attractiveness on a scale of minus four to four. They found that the more beards the participants had seen, the less attractive subsequent beards were. The findings for clean-shaven men reflected this phenomenon as well. If we apply this study to the current bearded landscape, it would mean that clean-shaven men may be considered more attractive, or at least stand out more, because they don’t prescribe to the latest trend.

In conclusion: Shave your face. In doing so you’ll be upsetting the status quo, refining your look, drawing the attention of worthwhile significant others, and spending less time (and money) on primping. The beard is over. It’s done. It’s cancelled. Just like the puka shell necklace and every well-meaning trend before it, it’s time to say goodbye to the beard.

And if you’re considering saying goodbye to the beard on your own face, you’re going to need the right tool to get it done. Meet the Pace 6 Plus, the only shaving system you’ll ever need to keep smooth and stubble-free. The world’s first six-blade shaving system comes equipped with a trimmer on the back to tend to side-burns and tricky areas under the nose, as well as an angulated blade platform for easy-rinsing. The specially designed rubber grip handle combined with a deep pivoting head will glide over all your features with ease. Plus, the triple-formula lubricating strip will help keep your skin conditioned, healthy and primed for your next great shave. 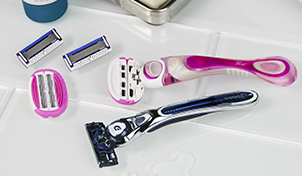 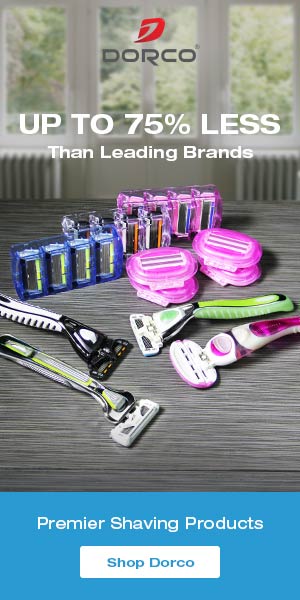